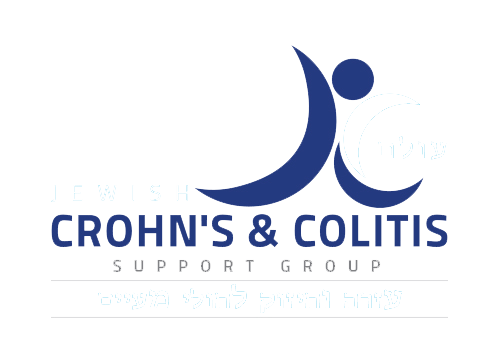 We do yearly an Education Lectures, over the past five and a half years we have arranged Eleven co-educational Symposiums, each with attendance between 100 and 300 people. Covering various areas in New York and New Jersey, Four were in Williamsburg, Brooklyn, NY, two in Borough Park, Brooklyn, NY, two in Monroe, NY, one in Monsey, NY, one in Lakewood, NJ, and one in Crown-Heights, Brooklyn NY. Where we discussed awareness on IBD. How to treat it medically, advised by gastroenterologists and pediatric Doctors. Lectures on how diet can help, by nutritionists. Infertility and pregnancy, as well as the obstacles and ethical questions we face when it comes to Shidduchim (Jewish arranged marriage).

We can write several stories about how people were helped through our events, but the one that remains the starkest example of why we are needed, and highlights the degree of shame and secrecy associated with Crohn’s happened at our first education program in Williamsburg. Two young women walk into the room, look at each other and ask, “What are you doing here?” Turns out they are SISTERS and each of them has children with Crohn’s or Colitis. They have never talked about it to each other. Their parents knew but also wouldn’t share with their daughters that all the grandchildren were affected. By attending this education program, their lives and the lives of their children have been profoundly changed for the better. This encouraged us and gave us impetus to move forward and arrange more symposiums.

We also partnered with the Program for Jewish Genetic Health which a joint initiative between Yeshiva University and the Albert Einstein College of Medicine. Together we have launched an Online Learning Series about IBD.

Three of those events were “Road to Prevention” events, which we launched together with Mount Sinai Medical Center, specifically designated on how we can involve the Jewish community, specifically those of Ashkenazi European descent in an important research study, a program dedicated to studying life before IBD. The Doctors of Mount Sinai believe that by working in this direction they hope to develop the means of prevention and ultimately a cure.